Samsung J2 Core SAR value is the measure of the rate at which electromagnetic radiation energy emitted from the Samsung Galaxy J2 Core handset and the base station or mobile tower. All SAR (Specific Absorption Rate) values are expressed in units of watts per kilogram (w/kg). In our daily lives, we have to use various electronic products that produce electromagnetic radiation, and our body’s soft tissue is exposed to this radiofrequency energy.

On the other hand, every human or animal body can absorb a specific amount of energy. However, there is a limit of how much RF a human body can absorb, and when the RF level is higher than the absorption capacity of soft tissue, it will affect and damage the tissue slowly. The more time you are talking over the phone, the more heats it will emit, and your body has to absorb this energy.

The smartphone is one of the gadgets that emit electromagnetic radiation, and we, the humans, have to absorb this energy. Samsung Galaxy J2 Core also produces RF, and to be on the safe side, we must know how much energy it emits so we can stay safe.

In this post, we will look into the Samsung J2 Core SAR value—head SAR and body SAR. Besides, you will find the SAR value compared to the SAR value of other Samsung smartphones. 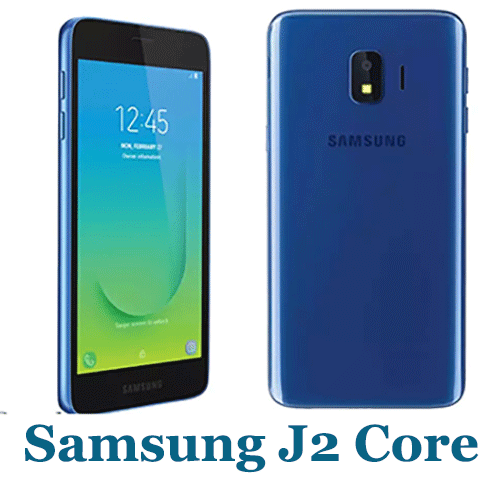 Released in April 2020, Samsung J2 Core packed with super features including a 5.0-inches display, fingerprint sensor, along with the 5.65 x 2.84 x 0.35 inches dimensions. The weight is 154 grams. The device is powered by premium the Exynos 7570 Quad (14 nm) chipset with Octa-core CPU and you will find Android 10 OS.

Besides, you will get 1 GB RAM along with the 16 GB internal storage options respectively. Also, the Samsung Galaxy J2 Core smartphone comes with 8 MP rear, along with 5 MP front cameras. With the fast charging option, you will get a removable Li-Po 2600 mAh battery.

Galaxy J2 Core SAR value is measured in two ways; head SAR and body SAR. The head SAR value measures the amount of RF you head absorbs when you are talking over the phone, and the Samsung J2 Core device is close to your head. On the other hand, the body SAR value expressed the amount of energy your body has to absorb while you are keeping the Galaxy J2 Core smartphone anywhere near your body.

What is the SAR Value of Samsung J2 Core?

The SAR value of Samsung Galaxy J2 Core in India is 0.986 W/kg (head SAR), which is way below the government’s recommended limit that is 1.6 W/Kg. However, the maximum SAR value is recorded for the latest Galaxy J2 Core devices released in India.

To operate properly within the wireless GSM network, all GSM devices have integrated transmitter and receiver for intercepting radiofrequency. The OEMs manufacturer the transceiver in such a way that the device will not exceed the limit for exposure to RF energy recommended by the regulatory board while using the handset next to the head and body. The RF exposure for smartphones expressed as a unit of measurement called Specific Absorption Rate (SAR). Here are the top three SAR authorities and their recommended SAR value limits.

The above SAR limits set the regulatory authorities are part of the inclusive guidelines that establish certified levels of electromagnetic radiation for the general people. Also, with a systematic and complete assessment of scientific studies, independent scientific institutions have developed these standards for government and population.

What is Samsung Galaxy J2 Core SAR, why it should matter to you?

When you talk on the Samsung Galaxy J2 Core smartphone, your body is exposed to a certain amount of electromagnetic radiation. This radiation is produced by the transmission of signals between Galaxy J2 Core and the mobile base station. Here, the SAR shows how much of the radiation created by the device is absorbed by our body, more specifically, human tissue.

In the USA, the FCC is responsible, authorized to control, and monitor the SAR value of all handset models distributed by mobile manufacturers. It has set the maximum SAR value is 1.6 watts per kilogram of bodyweight.

On the other hand, in European countries, the EU, the regulatory board has set the maximum mobile SAR value is 2.0 watts per kilogram.

However, in India, the maximum RF level is 1.6 watts per kilogram, which is similar to the USA standard.

Knowing the SAR value of the smartphone has tremendous health benefits for you. The higher SAR, which has exceeded your country’s standard, is known to harm the human. However, nowadays, maximum smartphone manufacturers produce mobile phones keeping in mind about the SAR; we recommend doing your study for your health and safety.

Is Samsung J2 Core Safe to Use?

From the SAR perspective and the above data, we can see that both the head and body SAR value of Samsung J2 Core are significantly lower than the USA and EU SAR maximum standard. So we can say that it is safe to use.

How to Lower the Exposure to Samsung J2 Core Radiation?

If you have read the above sections, you have already known the Samsung J2 Core SAR value from the USA and EU standards. It seemed that the SAR value of this device is lower than both standards. However, the lower radiation does not mean that your body is not exposed to electromagnetic power. No matter which method you are using, your body is still absorbing the radiation; your device is emitted. To lower the RF even further, we have researched and found out a few tips for you. If you can follow these steps, you can reduce the radiation significantly.

So while talking on the phone, use headphones, speakerphone, or earpiece to reduce the proximity to the head. However, these wired and wireless sound devices may create some RF energy to the administrator. Still, these earpieces eliminate the higher source of electromagnetic radiation—your cell phone—from closeness to your head and thus can lessen the RF exposure to the head significantly.

If you have any problem regarding the issue of the Samsung J2 Core SAR value, then let us know in the comment section. We will correct the info. Also, if you cannot find the SAR value of your selected smartphone, then comment below, and we will collect and post the data.